China GDP Down to 6%

China GDP Down to 6%

China's economy has hit a three-decade low with GDP growth grinding down to 6 per cent. 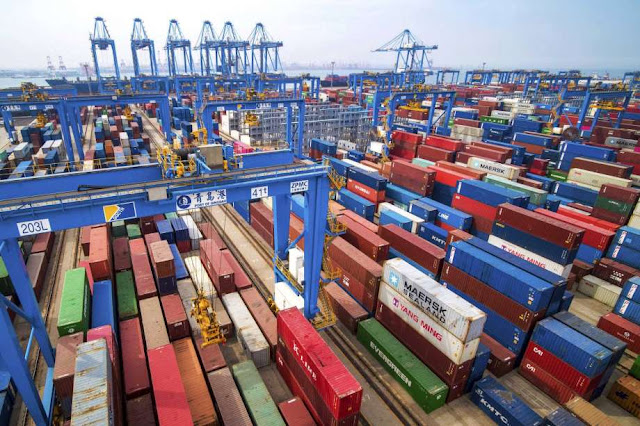 It is the fifth consecutive quarter of slowing growth and stepdown from the 6.2 per cent recorded previously.

Even allowing for the impact of the trade dispute with the US and weak factory output, the third quarter result was softer than anticipated by the market and right at the bottom end of the Government's full-year growth target of between 6 and 6.5 per cent.


Recent trade data has shown both deteriorating domestic demand with imports falling for the fifth consecutive month, while the slowdown in exports has accelerated.

"The preliminary breakdown shows that services activity picked up but that this was more than offset by a slowdown in industry and construction," Capital Economics China economist Julian Evans-Pritchard said.

But the economic pulse appears to have strengthened marginally at the start of the fourth quarter, with firmer readings in industrial production, retail sales and infrastructure spending in September.

Industrial production jumped from 4.4 per cent year-on-year growth in August to 5.8 per cent.

"Nominal annual growth in this sector has halved from 10 per cent a year ago to 5 per cent currently," Mr Clarke said.


"While recent PMI [purchasing managers' index] readings suggest a base may be forming, growth in this part of the economy is set to remain weak for some time."

Mr Clarke noted domestic investment continued to be a constraint on growth.

"Investment growth in the manufacturing sector has been weak throughout 2019 after a fleeting surge in late 2018," he said.

"Utilities and transport spending is also struggling to accelerate from historically weak levels. This is despite significant political and financial support for local government authorities in 2018/19."

More stimulus
Mr Evans-Pritchard said the uptick in activity is likely to be temporary.

"Despite a stronger September, pressure on economic activity should intensify in the coming months," he said.

"Cooling global demand will continue to weigh on exports, fiscal constraints mean that infrastructure spending will wane in the near-term and the recent boom in property construction looks set to unwind."

Iron ore prices have fallen sharply this week over concerns that steel demand was tumbling at a time seaborne supply was rising.

The iron ore spot benchmark at $US86 a tonne is now down around 30 per cent from its recent peak at the end of June.

The downward trend is unlikely to be arrested by pause in the US/China trade war after talks earlier this month came up with a verbal agreement to ease hostilities.

While a further easing in credit restrictions on banks has helped boost lending in recent weeks, Mr Evans-Pritchard said more stimulus was likely.

"We expect monetary policy to be loosened before long in response, but it will take time for this to put a floor beneath economic growth," he said.