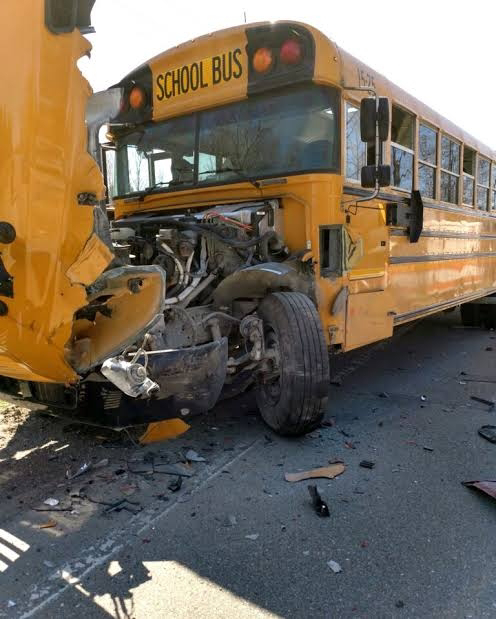 Tirupati: Eight school students sustained injuries after the bus in which they were travelling was hit by a tanker on National Highway (NH)-69 near Appinagadipalli village in Ganagavaram mandal of Chittoor district on Sunday.


The students, who are from Vikas Model School in Anantapur, had visited Kodaikanal and were returning home when the accident took place.
When the bus neared Appinagadipalli, a tanker rammed into the bus while trying to overtake it. Eight students sustained injuries of which three were severely injured.

The injured students were taken to the Palamaner area hospital. The three students who sustained severe injuries were subsequently shifted to Christian Medical College (CMC) in Vellore.