Wanted to Spend Diwali with Family, So Joined You: PM Modi Tells Soldiers in Nowshera 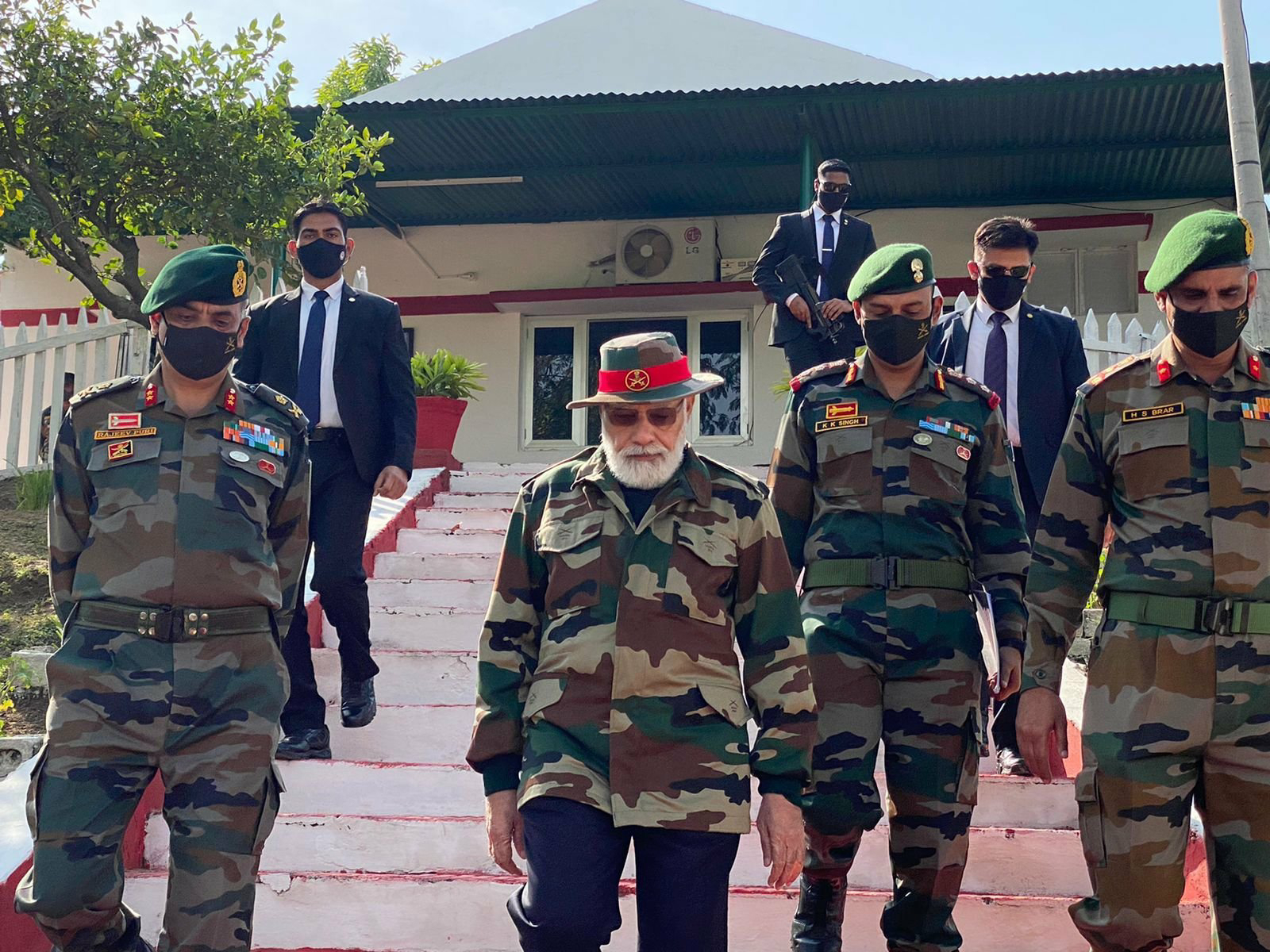 India must enhance its military capabilities in line with the changing world and modes of war, Prime Minister Narendra Modi said on Thursday and noted that modern border infrastructure has been built to augment connectivity and troop deployment. Modi made the remarks while addressing soldiers on the occasion of Diwali at Nowshera sector in the border district of Rajouri in Jammu and Kashmir.
He hailed the courage of soldiers and said their capability and strength has ensured peace and security for the country. “I want to spend Diwali with family members, so I join you on this festival," he said. Since taking over as prime minister, Modi has made it a point to meet troops in a border region on Diwali, starting from a visit to Siachen in 2014. Official sources shared photographs of him at an Army post in Nowshera.Advertisement
“I have brought the wishes of the 130 crore Indian for you,” the Prime Minister told the soldiers. He also talked about the growing Aatmnirbharta in defence resources as opposed to the earlier period of dependence on foreign countries. He said 65 per cent of the Defence Budget is being used inside the country. A list of 200 products, a positive list, that will be procured only indigenously has been prepared. The list is going to be expanded soon, he said. He also talked of the 7 new Defence companies launched on Vijaya Dashmi as the old ordnance factories will now make specialized sector-specific equipment and ammunition. Defence Corridors are also coming up. India’s youth is involved in vibrant defence related startups. All this will strengthen India’s position as a defence exporter, he said. 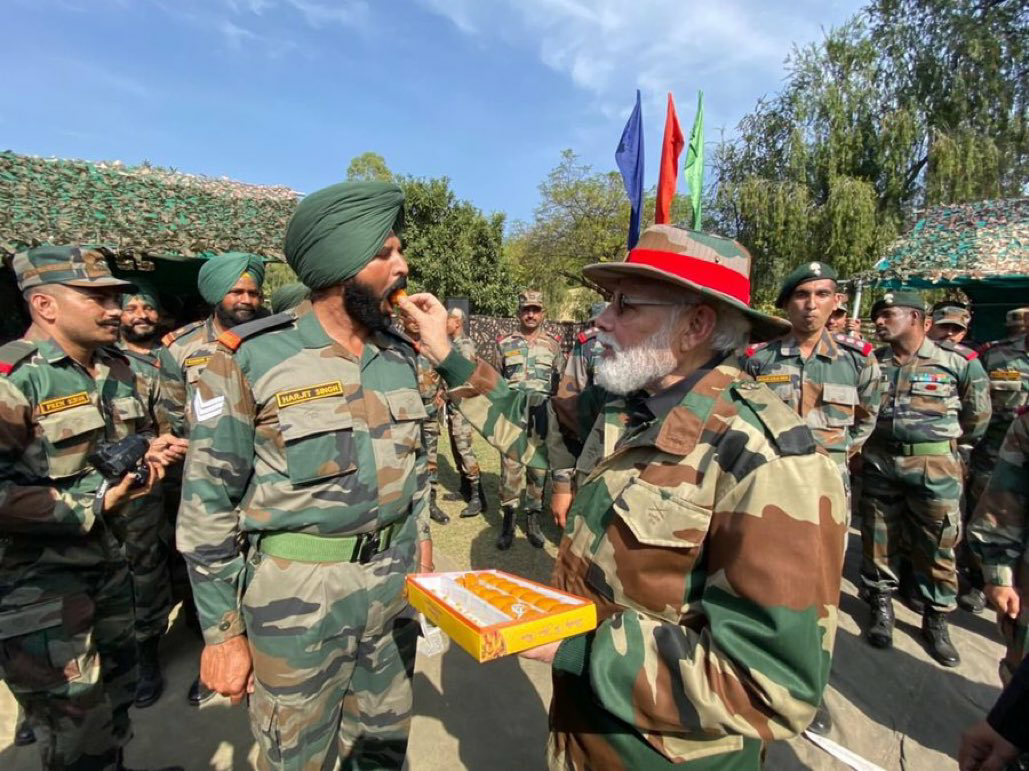 The prime minister lauded the role played by the brigade here in surgical strikes. India had conducted the surgical strike on September 29, 2016, across the Line of Control (LoC) as a response to a terrorist attack on an Army base in the Uri sector of Jammu and Kashmir.
Modi said many attempts were made to spread terrorism here after the surgical strike but they were given a befitting reply. India must enhance its military capabilities in line with the changing world and modes of war, the prime minister said. He said that connectivity in border areas has improved — be it from Ladakh to Arunachal Pradesh, Jaisalmer to Andaman and Nicobar Islands.Advertisement
Borders and coastal areas lacking normal connectivity now have roads and optical fibres, and this boosts deployment capabilities as well as facilities for soldiers, the prime minister said. Modi also said that earlier the country had to depend mostly on imports in the defence sector but with his government’s attempts indigenous capabilities have gotten a boost.
Army chief General M M Naravane had carried out an aerial reconnaissance of forward areas, including Rajouri, on Wednesday and he was briefed about the prevailing security situation along the Line of Control (LoC) in the Jammu region. An Army operation against terrorists has been going on through the forest belt in the Poonch-Rajouri area. This has been the longest such operation in the recent past and it entered the 26th day on Thursday. Meanwhile, when Modi left his residence in the morning, there were minimal security arrangements in place and no traffic route was deployed to minimise any inconvenience, official sources said.Advertisement
The Prime Minister concluded “if our armed forces are blessed with sky touching valour, their hearts are ocean of human kindness also, that is why our armed forces not only defend the borders but are also always ready to help during calamity and natural disasters. It has grown as a strong trust in the heart of every Indian. You are the custodians and defenders of India’s unity and integrity and the emotion of Ek Bharat Shreshtha Bharat. I am fully confident that with the inspiration of your bravery, we will take India to the zenith of growth and progress.”